Confused About Time and Attendance Rules 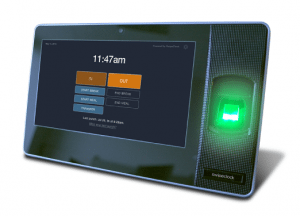 There are a lot of misunderstandings about what employers have to do — as opposed to what is simply customary — for nonexempt employees. “Nonexempt” typically refers to employees who are not managerial and who thus are generally subject to the Fair Labor Standards Act—commonly known as the FLSA. Fortunately, the Department of Labor has published some FLSA Q&A guidance to remove any confusion and make it easier for employers to understand what their obligations are.

Generally, for nonexempt employees, the FLSA requires overtime pay of at least time and a half after 40 hours of work in a workweek. There are a few exceptions, however, for certain emergency and medical personnel.

In addition, some states have also enacted overtime laws. The DOL notes that “where an employee is subject to both the state and federal overtime laws, the employee is entitled to overtime according to the higher standard (i.e., the standard that will provide the higher rate of pay).”

However, there are no legal limits regarding how many hours per day or per week employees can work if the employees are 16 years of age or older. Nor is there a cut-and-dried division between a full-time and part-time employee — whether employees work one hour a week or 50, they’re still under the authority of the FLSA.

Employers often ask whether an employee’s status changes due to weekend or night work: is overtime or some other special rate required? Although many employers have internal policies, there is no federal law on the matter. The DOL explains that the FLSA “does not require extra pay for weekend or night work.” Of course, it’s a different matter if the night or weekend work pushes the workweek above 40 hours. In that case, as noted above, most nonexempt employees must be paid time and a half.

Those are just federal regulations, however. Again, a state may have special rules for employers. For example, Massachusetts requires retail stores above a certain size to pay all nonexempt employees time and a half for Sunday work — even those employees who have not met the federal 40-hour threshold.