How to Calculate Retroactive Pay 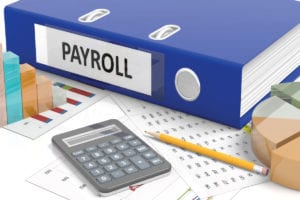 Retroactive, or retro, pay is money due to an employee for work already performed but paid at a lower rate. Most commonly, it is linked to late performance appraisals, in which the employee received a pay increase that took effect in a prior pay period.

Employees who are anticipating retro pay, or those who already received it, may have questions about the calculation. Therefore, you should know how to figure retro pay for your hourly and salaried employees.

Example: John received a pay increase, from $12 per hour to $13 per hour. The new rate took effect at the start of the previous biweekly pay period in which he worked, and was paid for, 80 hours.

Also, factor in any overtime that the employee worked during the pay period(s) for which retro pay is due. (Retro pay for overtime hours is based on the difference in the old and new overtime rates.)

Example: Mary, who is paid semimonthly, on the 15th and last day of every month, received a 3 percent salary increase, going from $70,000 per year to $72,100 per year. The increase took effect Feb. 1 and will be paid on March 15. This means Mary is due retro pay for two semimonthly pay periods: Feb. 15 and Feb. 28. Her March 15 paycheck will include her new rate, covering March 1 to March 15, so no retro pay is due for that period.

If Mary’s new rate had taken effect after the start of any of the two pay periods for which retro pay is due — e.g., three or four days later — you would need to calculate her retro pay based on the difference in her old and new daily rates. For salaried employees, the daily rate can typically be computed by dividing the annual salary by 52 to get the weekly salary and then dividing the weekly salary by 5.

Calculating retro pay can be complex, and there may be legal considerations depending on your jurisdiction, so seek expert advice when necessary.

To learn more about our payroll processing services, click the button below.